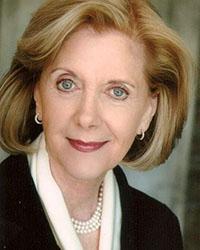 
Although Channing Chase's film work includes "Evan Almighty," "You Did What," "South of the Border," and "Charlie Wilson's War," She is perhaps best known to television audiences for her sophisticated, upper class roles in "ER," "On The Lot," "Life With Bonnie," "Time of Your Life," "Home Improvement," and "Family Matters," as well as her guest starring role on "Cold Case," as the depressed, alcoholic, uncaring mother, thus adding to her range of character roles. Currently, she is recurring on "Mad Men," the AMC episodic sensation as Dorothy 'Dot' Dykeman Campbell, the well-dressed, sophisticated east side blueblood who owns one-half of Manhattan.

Channing comes from a theatre background, having first appeared at the renowned Charles Playhouse in Boston. She is a founding member or Pacific Resident Theatre in Venice, California, which has won 22 Los Angeles Drama Critics Circle Awards. Appearing in numerous stage productions in both New York and Los Angeles, Chase has been seen in major roles in Edward Albee's "A Delicate Balance," "Ivanov," "Tartuffe," plus appearing in "Les Liaisons Dangereuses" at the famed Pasadena Playhouse.