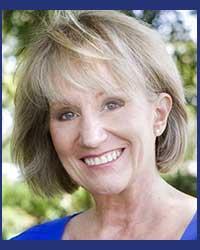 Charlene Costanzo is the author of the award-winning, bestselling book, The Twelve Gifts of Birth.


Determined to have the inspirational message reach a larger audience than her own two daughters for whom she first wrote the story, and undaunted by numerous rejections from publishers and agents, Charlene published independently. She then launched a one-year motor home tour throughout America and read the book in schools, shelters, hospitals, and prisons. Strong sales of over 250,000 led to a book auction and the sale of rights to Harper Collins in 2000.


While facing cancer in 2001, Charlene wrote The Twelve Gifts for Healing. Her Twelve Gifts series then grew to include The Twelve Gifts in Marriage and The Thirteenth Gift, a novella that encourages readers to renew child-like wonderment about the world. She also published a children's book, A Perfect Name.


The fifth book in The Twelve Gifts series is Touchstones: Stories for Living the Twelve Gifts, which is a collection of true stories. Each story demonstrates how ordinary days are enriched when we use our inner strengths and talents.


More than three-quarters of a million copies of Twelve Gifts books have been sold so far.


In addition to writing about The Twelve Gifts, Charlene leads experiential workshops and is available for speaking.


Charlene holds a B.A. in Philosophy from St. Bonaventure University and an M.A. in Spiritual Psychology from the University of Santa Monica. She is a wife, mother, and grandmother of twins who loves to read, write, hike, swim, dance, and travel.