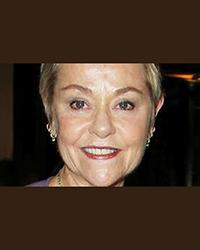 About the book -
For the past forty years, Cheryl Cohen Greene has worked as a surrogate partner, helping clients to confront, consider, and ultimately accept their sexuality. In this riveting memoir, Cohen Greene shares some of her most moving cases, and also reveals her own sexual coming-of-age. Beginning with a rigid Catholic upbringing in the 1950s, where she was taught to think sex and sexual desires were unnatural and wrong, Cohen Greene struggled to reconcile her sexual identity.


An Intimate Life offers a candid look into the personal and professional life of a surrogate partner, examining the cultural and emotional ramifications of pursuing something most people do not immediately understand.


The memoir opens with Cohen Greene's work with Berkeley-based poet and journalist Mark O'Brien, whose essay "On Seeing A Sex Surrogate" was adapted into a major motion picture titled "The Sessions," which was released nationwide in October 2012.