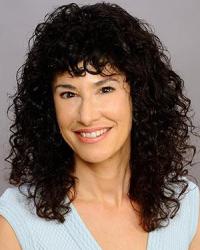 Cheryl Einhorn is a media consultant, award-winning journalist covering business, economic and financial news and a long-time educator as an adjunct professor at both the Columbia University Graduate School of Journalism and at the Columbia Business School. Learn about Cheryl’s research and decision-making framework the AREA Method.

For the past 20 years, Einhorn has written business, economic and financial stories for a wide range of print publications including Barron’s, the New York Times, Foreign Policy Magazine and Pro Publica. She has also spent many years appearing live on-air for CNBC providing insight and analysis into the futures markets. In addition, she has worked producing investigative television stories for Inside Edition where she won the ACE AWARD for achievement in consumer reporting for an investigative story on charity fraud. Cheryl has won several journalism awards for her decade-long work as an editor and columnist at Barron’s where she was named the best commodities reporter in the country.