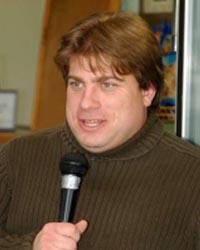 Chris DiPaola is the man who makes it all happen for all the Transformation Talk Radio Hosts.

Chris DiPaola started in the radio field at the age of 15. He was inspired by the former WNBC in New York. He was hired by John Fuller, then owner of WJJF and later WPJB as a disk jockey and progressed to sales and management. Starting his own station in 1994, Chris aired with his creation WCTD, then 1580 AM, and later 1620 AM. Chris found time to give birth to "The Newport Sunflower" in 1994. Chris now owns AM Stereo 1230 WBLQ.