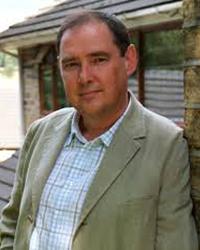 Christopher Knight is a researcher, author and co-author of numerous books on ancient mysteries. His new book is entitled God's Blueprint: Scientific Evidence that the Earth was Created for Humans.

Chris became a writer almost by accident. Back in 1976 he became a Freemason because he was curious to know what the organization was really about and whether their rituals were as weird as people said. He soon discovered that the rituals were even more oddball than he expected, and slowly he realized that no one in Freemasonry really understood where the Order had come from or what their ceremonies meant.

He decided to conduct his own private research and for the next 20 years he slowly reconstructed the origins of the Craft. His research led him increasingly backwards in time and he has spent the last ten years working with Alan Butler to investigate the origins of Megalithic metrology leading to the co-authoring of Civilization One in 2004. This was followed by Who Built the Moon, Solomon's Power Brokers and Before the Pyramids.