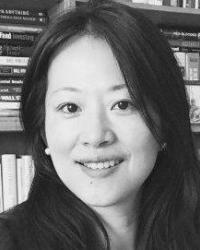 Coco is co-founder of Kee Global Advisors. Prior to KGA, she had more than 20 years experience helping Fortune 500 as well as SMEs from the U.S., Europe and China with global expansion. Her clients came from the industries of consumer, financial technology (Fintech), media & entertainment and manufacturing.


While in China between 1996-1999, she acted as Chief Representative of China Operations for the U.S. automotive marketing and market research consultancy ARA, an affiliate of J.D. Power, advising multinationals on China entry. Additionally, she served as advisor to the Sino-UK Automotive Workshop created by both the U.K. and Chinese governments to promote partnerships in technology research and development resulting in two engine centers of excellence being established in China. Prior to that, she managed the marketing and communication efforts of ABB China's Industrial Division to support its European business units' China expansion.

In the U.S. between 2003-2008 Coco led the efforts of the New York-based Fintech firm MG Financial, a wholly owned subsidiary of Rosenthal Collins, LLC., to expand the company's businesses into Asia, including China and Japan, through partnerships, trading platform white labeling and fund management. She successfully established relationships with Chinese banks and financial industry regulators through providing them training and education. While in New York, Coco also raised capital and took Chinese companies public through an affiliated broker dealer. She was also the co-founder of a Content Management System (CMS) software start-up in Berkeley, California for which she successfully secured angel funding.

Coco has been an active speaker and bi-lingual columnist on topics including China's economics, capital market and global expansion. She is mentor to young entrepreneurs. She translated from English to Chinese and published the history and philosophy classic, "The Idea of Nature" by R.G. Collingwood. This translated work received the award for "the best Social Science Translated Work" from the Chinese Academy of Social Sciences.

Coco holds B.A. and M.A. from Peking University and an MBA from the Haas School of Business at the University of California at Berkeley. She serves on both schools' New York alumni committees.

You can see learn more about Coco Kee and her company on her website at www.keeglobaladvisors.com