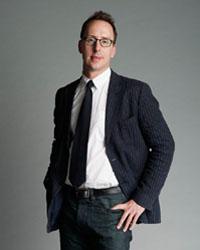 Corey Seymour joined Men's Vogue as Senior Editor in August of 2007. In this role, Mr. Seymour is responsible for fielding and assigning story ideas, managing writers, editing feature pieces and reporting on cultural and political pieces. Most recently he it went in search of the truths of John McCain's time as a POW in Vietnam and penned a piece for the magazine's investigative "Black Book" section.

Prior to Mens Vogue, Mr. Seymour worked as a freelance writer, was a Senior Editor for Men's Health, and started his journalism career as Assistant Editor on the National Affairs and Features desks at Rolling Stone. Mr. Seymour is the coauthor with Jann S. Wenner of Gonzo: The Life of Hunter S. Thompson: An Oral Biography Little, Brown & Co., 2007. He also contributes book reviews to the Los Angeles Times. Mr. Seymour is a graduate of Georgetown University with a Bachelor of Arts in English.