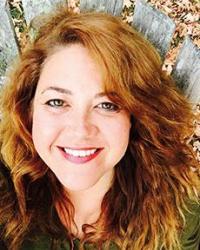 Courtney A. Walsh is a social media rockstar and metaphysical humor author, internationally renowned speaker and writer of the “Dear Human” viral media meme that has now been shared with over 20 million people including on Deepak Chopra’s and Elizabeth Gilbert’s pages as well as retweeted by Khloe Kardashian and radio personality Delilah.

She is an experienced communications professional/freelance writer. With an extensive background in marketing, advertising, creative writing, film, cultural studies, and languages, Walsh has worked with the United States National Park Service to review, research and co-write a technical report on the origins of the Statue of Liberty. Other accomplishments include a project for MTV (Music Television) and publishing several feature op-ed articles as a contributing writer for The Portsmouth Herald. Walsh has recently completed her memoir, Lipstick and Thongs in the Loony Bin and is currently agent/publisher shopping to birth it into the world. Any good publishing midwives who want to help, feel free to drop Courtney a line.

Having lived, traveled, studied and worked abroad in both Europe and Asia, Walsh is also internationally and culturally savvy. With two screenplays under her belt, Ms. Walsh is currently working on a novel and continues to fan the flames of her ongoing love affair with words and their formidable powers of self-expression. Walsh possesses the skill set and ability to help businesses to increase profits by reaching clients and getting messages across in a polished, professional and accessible manner.