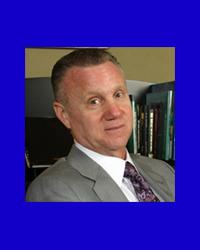 Craig R. Smith is an expert in many forms of tangible assets including; oil, precious metals and U.S. numismatic collectible coins. He is often sought after by the media for his common sense insights on breaking news, world events, and financial trends. Over the past two decades Mr. Smith has been interviewed on over 1,500 radio and TV programs. He has also been featured in various print publications. These include: FOX News, CNN, CNBC, ABC, NBC, CBS, PBS, CBN, TBN, Time, The Wall Street Journal, The New York Times, and Newsweek. Craig is a frequent guest on Fox's Your World with Neil Cavuto and Harvest TV's Money Moment. He also writes a weekly editorial for WorldNetDaily.com.

Mr. Smith's latest book, THE GREAT WITHDRAWAL: How the Progressives' 100-Year Debasement of America and the Dollar Ends Nov. 2013 explores why Detroit failed, why other liberal cities may soon follow, and how this could drag America into insolvency and prolonged Depression. As a result, freedom-loving Americans have begun a historic withdrawal march - withdrawing their resources, time and talent in search of a restoration of self, family and local government.

Mr. Smith's 2012, THE GREAT DEBASEMENT: The 100-Year Dying of the Dollar and How to Get America's Money Back Nov. 2012 explains how Progressivism become America's ruling political ideology a century ago by ushering in the income tax and Federal Reserve System in 1913 - and gave Progressive politicians nearly-unlimited power to tax, spend and borrow. The resulting monetary debasement has produced the greatest confiscation of wealth in human history.

In his 2011 book THE INFLATION DECEPTION: Seven Ways Government Tricks Us... And Seven Ways to Stop It July 2011 Mr. Smith and his co-author former think tank futurist Lowell Ponte expose the long-unseen powerful forces behind the current economic crisis. They offer three political and three financial ways to restore a free and prosperous America, and one personal way you can save your life savings and protect your family.

Mr. Smith's first book, Rediscovering Gold in the 21st Century: The Complete Guide to the Next Gold Rush 2001, announced a new bull market in precious metals back when gold sold for 265/oz. This book was written to help its readers learn how and why to diversify assets based on historical principles, understand why gold is timeless wealth and create a solid financial foundation during changing times.

In his second book, Black Gold Stranglehold: The Myth of Scarcity and the Politics of Oil, 2005 Smith and his co-author Dr. Jerome Corsi point out that Americans consume more than 25 percent of the world's oil but have control over less than 3 percent of its proven supply.

As a dedicated husband and father, Mr. Smith has always had a deep concern for the well being of American families. In the late 1990s he launched two projects to help protect them. In 1997, he inspired the national launch of the Year 2000 National Educational Taskforce Y2KNET. This taskforce distributed millions of free resources from the American Red Cross.

Mr. Smith and his wife Melissa were married in 1977 and reside in Paradise Valley, Arizona. They have two grown daughters.