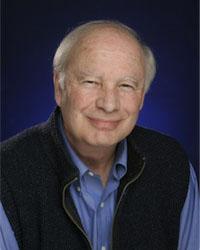 Craig Rennebohm, D.Min., is Chaplain with the Mental Health Chaplaincy in Seattle. His pioneering work with the homeless mentally ill community is known around the U.S. and overseas. He has taught and presented in many local, national, and international settings, and he served for ten years with an international, interfaith working group on Spirituality and Social Work active during and after hostilities in Croatia and Bosnia-Hercegovina. He serves currently on the national advisory board of NAMI Faithnet and the Board of Directors of the United Church of Christ Disabilities Ministries.

Craig graduated from Carleton College in 1967 and Chicago Theological Seminary in 1970, where he worked with street gang members on the citys South Side. He was ordained in the United Church of Christ and, as a minister, served parishes in Lowell, Mass., and Seattle, Wash. In 1986, he entered the Pacific School of Religion in Berkeley, Calif., where he earned a D.Min. in pastoral care. He returned to Seattle in 1987 to found the Mental Health Chaplaincy, an ecumenical ministry working with mentally ill people on the streets and in the hospital.