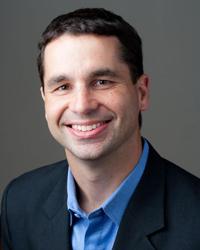 Who is the man who will run 3,000 miles in 100 days?
Croix Sather reprograms the subconscious mind for success. Through motivational speaking, Success Hypnotherapy techniques, authoring motivational books, and hosting an inspirational radio show Croix is transforming lives from ordinary to extraordinary.

Croix's experience-rich lifestyle includes competing in four Ironman triathlons, skydiving, shark diving, fire-walking and fire-eating. In March 2010 he will run from San Diego to New York City. On his inspirational tour called RUN ACROSS AMERICA he will complete 100 Marathons and 100 Talks in 100 Days.

Croix's adventures, thrilling stories, dynamic lectures and demonstrations will keep you on the edge of your seat as you learn the psychology of success. "Win your inner game and you win at life."
Croix's life began in a nondescript, New York suburb. He was a competitive swimmer until the age of 14. In a moment his life would change forever. While riding his bike with friends, a drunk driver swerved to miss the cyclers. Sadly, the driver never saw Croix and hit him head-on. Croix's bike was crushed and Croix was launched 50 feet into the air before crashing to the ground. With his body mangled, he was rushed to the trauma center.

The neurosurgeon told his parents, "If he survives the night, he will be a vegetable for the rest of his life." After spending four critical days in a coma the doctors valiant efforts pulled Croix through. Two weeks in the hospital, more than a year spent in casts, and undergoing years of physical rehabilitation, Croix began to resemble his old self. Though he had healed, Croix continued to suffer with debilitating headaches from his fractured skull for years. Worse yet, his memory challenges persisted for two decades after his accident.

After the brutal car accident, life was drastically different. Despite being in a good school system, he was labeled a troublemaker and allowed to fall behind. Croix never went back to competitive swimming and his grades steadily plummeted. Bored with school, Croix drifted in and out of trouble. The love of his parents and the caring of a few teachers who lent a helping hand allowed Croix to complete school.

In his twenties Croix wasn't satisfied working for other people, motivating him to start his own business in the residential construction trade in which he was raised. After a few successful years, he became restless. He closed his business, sold his house, split the money with his ex-wife and traveled for a while; because Croix felt pressure to "earn a decent living at a steady job," he begrudgingly went back to work. Still unfulfilled and searching for something better, he went back to school and earned a B.A. in Humanistic Communications at the age of 35.

While in school, as a matter of fate, he was introduced to the world of personal development. At his first personal development seminar he met hundreds of people who were also bored and restless. Like Croix, they were hungry and looking for more out of life; they all wanted a life they had only pictured in their dreams. For the first time he met people who "got it," kindred souls who were positive and full of possibility. They understood that the only limitations in life are the ones that are self-imposed. As a teenager, Croix loved to read personal development books, even though others ridiculed him; but in this environment, surrounded by people who understood, Croix felt at home.

While attending Western Connecticut University, Croix began writing his first book, Better Body, Better Life. During this time Croix dabbled in several different careers, none of which fit him. When his book was published, it encouraged Croix to continue his education in success psychology, hypnosis, and neuro-linguistic programming.
Since graduating, Croix has been on an intense journey of learning, growing and becoming. He has a strong commitment to find new strategies to change lives. Today, Croix is an agent of massive change. As an author, radio show host, success hypnotherapist, and coach, he is showing people how to create an extraordinary life. Croix is known for his impactful change through subconscious reprogramming strategies and techniques.

Croix's life is as extraordinary as his story. His exuberant energy is now focused into positive and adrenaline pumping activities such as sky diving, scuba diving with sharks, fire eating, fire walking, as well as barefoot running. Croix is a proud father of two and a four-time Ironman triathlete. What's next on his 'bucket list' after running across the country? To bring Dream Big, Act Big around the world.