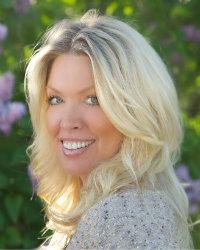 Crystal Andrus is a worldwide leader in the field of self-discovery and personal transformation. Crystal has risen to become an international coaching sensation, three-time, best-selling author, international speaker, TV personality, host of "The Crystal Andrus Show" and most recently, "EMPOWERMENT CLASS," both on CBS The New Sky Radio. She's the founder of "The S.W.A.T. Institute Simply Woman Accredited Trainer," founder of the new online magazine "Simply..Woman," spokesperson for the health and wellness line of products, "Xooma" sounds like Zooma, as well as a world-renowned women's advocate.


Certified by the "American College of Sports Medicine" and "Canadian School of Natural Nutrition," Crystal is also the CEO and founder of "Crystal Andrus Productions," which is dedicated to creating health and healing products, CDs, DVDs, retreats, and telecourses. She's been nominated for the past four years by the "Royal Bank of Canada" as "Canada's Top Female Entrepreneur."


In her next book, 'Discover Your Emotional Age and How It's Impacting Every Aspect of Your Life' 2014 Crystal describes a new female language coining the terms 'Woman Energy, Daughter Energy, and Mother Energy along with helping women understand the men in their lives using the terms: Man Energy, Son Energy, Father Energy. Similar to the way scientists have discovered 'Biological Age' different from 'Chronological Age', Crystal has literally created a new way of understanding our 'Emotional Age.' It is a book for all women, of all ages, around the world. It is the tipping point women have needed.


"The Crystal Andrus Show" heard in Detroit, Boston, Pittsburgh, and Seattle on CBS Radio is already the network's second most listened to and downloaded program, and climbing in stats weekly, garnering well over 400,000 listeners each month. Every Monday at 4pm ET 'drive time,' Crystal coaches callers, live on the air, with her affectionate but direct approach to personal empowerment. The show is also heard internationally on NewSkyRadio.com.


Touring with 'The Power Within' and 'I Can Do It Hay House Events' has allowed Crystal to share the stage with some of today's most influential people, including Dr. Phil, Louise Hay, Dr. Wayne Dyer, Suze Orman, Sarah Fergusonthe Duchess of York, and many others.


Crystal lives in a grand old farmhouse in a tiny town in southern Ontario with her amazingly supportive husband, two magnificent daughters, three fabulous furry friends, and a flock of singing canaries.