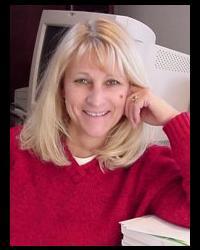 Cynthia Sterling is the CEO of SterlingHouse Publisher and Executive Producer of GhostHunters:PSI.

She has authored and ghosted a total of twenty-eight books and received the Golden Medallion Award for Writing Excellence for The Cross Burns Brightly Zondervan/HarperCollins. She's also the author of the Ghost Tales series. Cynthia has appeared on the Maury Povich Show, Philly After Midnight, City Chronicle and news channel affiliates of NBC, CBS, ABC and FOX and has been interviewed by Time Magazine, Publishers Weekly, Writer's Digest, News Daily, The Pittsburgh Tribune, The Pittsburgh Post-Gazette and The Christian Science Monitor among others. She has been a guest on numerous radio talk shows including Radio Free Europe and National Public Radio.

Cynthia founded the Wordsmith Writing Program for young adults, which received a grant from the Ronald McDonald Foundation.