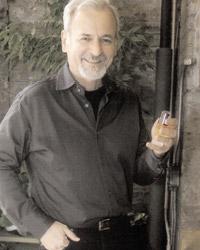 After completing studies in thalassotherapy, hydrotherapy, aromatherapy, accupuncture, and European spa therapies, Dan Fryda played a central role in bringing thalassotherapies seaweed and other marine-based therapies to the American spa market. His work proved that seaweed and algaes had as profound a detoxifying and transforming effect on the skin as they have on the body, and has culminated in both his recent book, The Ocean Within, and his sought-after status as the premiere formulator of seaweed skin and body products for the American spa industry.