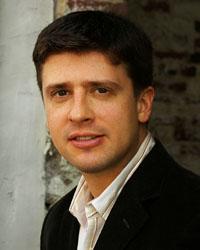 Dan is a Consultant to the Policy Programs for the Aspen Institute. He is the co-author of the book Made to Stick: Why Some Ideas Survive and Others Die, which has been a New York Times, Wall Street Journal, and BusinessWeek bestseller. Dan is also a columnist for Fast Company magazine, and he has spoken and consulted on the topic of "making ideas stick" with organizations such as Microsoft, Nestle, the American Heart Association, Nissan, and Macy's.

Prior to joining the Aspen Institute, Dan conducted research for Harvard Business School, where he co-authored 10 case studies on entrepreneurial ventures. More recently, he worked for the executive education division of Duke University, where he designed and taught in training programs for Fortune 500 executives.

In 1997, Dan co-founded and served as Editor in Chief of a startup publishing company called Thinkwell, which created from scratch an innovative new line of college textbooks. Thinkwell celebrates its 10th anniversary this fall.

Dan has an MBA from Harvard Business School, and a BA in the Plan II Honors Program from the University of Texas at Austin. Two proud sort of moments for Dan are his stint driving a promotional car called the Brainmobile across the country and his victory in the 2005 New Yorker Cartoon Caption Contest, beating out 13,000 other entrants.