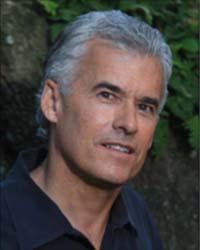 In 2004 Dane Boggs was diagnosed with Lyme Disease. He used oral antibiotics for one year and although he improved, he was still sick. He then used intravenous antibiotics for a second year. They also helped him but not enough to beat the disease. As he says, "A stalemate had been reached between the Lyme and myself." He knew he had to try something different and he started using an Electrical Frequency Generator -Rife machine. Using certain electrical frequencies for Lyme he became much healthier. He attributes his return to health as a result of Rife technology and Reiki.

In 2009 he and his wife Aimee formed the Northeast Florida Lyme Association - NEFLA with a few friends and Lyme Disease sufferers. In 2014 NEFLA became the FLDA - Florida Lyme Disease Association. At that time Dane resigned from the FLDA to pursue his passions, Rife and Reiki. NEFLA's mission was to improve the prevention, diagnosis, and successful treatment of Lyme and related vector borne disease through education of the public and healthcare providers and the support of scientific research. The vision of NEFLA was a world where Lyme disease and other tick borne diseases are well understood, rapidly and accurately diagnosed, and where effective treatment is available to all patients. The FLDA continues this work.

He became a Reiki master training with Amy Layh in Jacksonville Fl. as well as Laurelle Gaia and Michael Baird in Sedona Arizona. "I am so fortunate and grateful to be well again, Reiki was an integral part of my recovery." He feels we do not need to suffer as we do. ' Reiki can bring us greater harmony, health and happiness. Amazing things can happen when you tap into the healing energy of the universe." Dane recently completed his book, "REIKI AWAKENING, A Spiritual Journey" in 2012 with revisions in 2014.