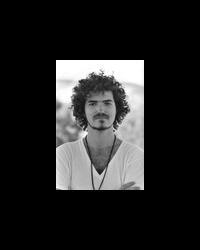 Daniel Katsk is a multi-instrumentalist, voice actor, musical therapist, writer, producer, promoter and healer currently based out of Ft. Worth, TX. He has toured throughout the country, recorded nine albums and is presently finishing two more and a book called, Clean Underwear and Dreams due out early 2011. Daniel is self-taught and through diligence, trial and error, the love of expression, experimentation, understanding and actualization, has created a wondrous sound that has drawn many people towards and within.
For the last eight years, and in association with an organization called, Arts For People, Daniel has brought his talents and gifts to hospitals, retirement and nursing facilities, healing centers and a myriad of other scenarios that are in great need of music and other forms of expression. Arts For People is dedicated to brightening the lives of human beings all too often unremembered and tucked away in isolation. The power of music truly becomes visible in these places. There is no scenario that music could not assist in healing or releasing and whether the form, love and devotion to the moment in song, can move worlds.
Currently, Daniel fronts a group called, KatsK, which has been described as an out of this world-beat tribal folk rock reggae experience. Well to say the least, it is certainly eclectic and has resonated with many people around the world. To listen visit: http://www.katsukmusic.com/
KatsK has received repeated nods from the annual FW Weekly Music Awards, including a 2010 nomination for Song of the Year Skeleton Keys Cut the Cord. Previous awards include Best Acoustic/Folk Group 2008, Artist of the Year 2005, Best Acoustic Band 2005, and Singer/Songwriter of the Year dallasmusic.com, 2001. Along with many additional nominations by FW Weekly over the years, the track Evergreen from 2008s Out in the Wind was recently chosen as one of the top ten songs of the last decade.
The music of Daniel Katsk has been featured in the television shows Dragonball Z, Case Closed, and Full Metal Alchemist all appearing on Cartoon Network; and Daniel and Orion also utilize their voices as anime actors. As such, they have appeared on many popular shows including Spiral, Dragonball & Dragonball Z, Yu-Yu Hakusho, Kiddy Grade, Full Metal Alchemist, Grappler Baki, Case Closed, Samurai 7, Lupin the 3rd, Burst Angel, Desert Punk, Trinity Blood, Speed Grapher, Sakura Wars and more.