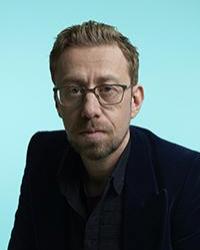 He is the star of the 2010 documentary, 2012: A Time for Change directed by Joao Amorim and is co-founder of the popular zine Evolver.net and founder of the think tank, Center for Planetary Culture, which produced the Regenerative Society Wiki.