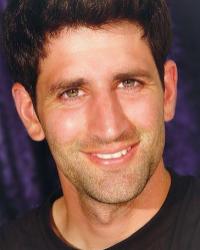 Daniel Seddiqui is known as the World’s Most Ambitious Job Seeker, yet has been named by USA Today as the Most Rejected Person in the World. With failing over 40+ consecutive job interviews, sending out 18,000 emails, and making nearly 5,000 phone calls, this young buck achieved his mission of working 50 Jobs in 50 States. Leaving his economics degree from the University of Southern California behind, he’s been everything from a weatherman in Ohio and a border patrol agent in Arizona, to a coal miner in West Virginia and a rodeo announcer in South Dakota.

Daniel is now a bestselling author, highly demanded speaker, and director of an innovative career exploration program.He is the founder of Living the Map, which raises awareness of the varying cultures, careers, and environments across the country through outreach, educational endeavors, and community building. Daniel encourages those to explore the world around them, to understand and respect one another and to make continuous discoveries to better themselves.

A homegrown Californian, Daniel learned how restrictive an environment of familiarity could be. He realized how small we make our world until stepping out of our comfort zone, whether it’s our field of study, environment, or fear of failure. Daniel’s a strong proponent of exploring the many great opportunities that exist and still to be created.