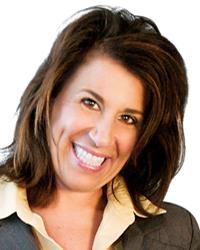 Darlene Ellison, Motivational Speaker & Author, has over 20 years of experience in the combined fields of child psychology and business, as well as serving as an avid volunteer in the areas of child abuse and domestic violence prevention. Darlene brings a unique twist to victim recovery as a result of her own experiences as the ex-wife of a child predator, arrested in 2005 in an undercover FBI operation of NAMBLA. She has raised her two children, the secondary victims in this scenario, to hold their heads high and make a difference in the lives of others. In her efforts to teach parents, grandparents, educators and caregivers about the dangers of child predators, Darlene has been featured on The Oprah Winfrey Show, 20/20 and Dateline NBC, as well as in Dallas D Magazine. In addition, Darlene has appeared in parent education videos for the Catholic Diocese of Dallas Safe Environment Plan and Dallas Childrens Advocacy Center. Her book, The Predator Next DoorDetect, Protect and Recover from Betrayal has been awarded both a 2009 IPPY Award Gold Medal in True Crime and a 2010 Next Generation Indie Award Gold Medal in Autobiography.

Darlene speaks all over the country on child abuse prevention, as an advocate for victims of child and family violence and as a motivational proponent of overcoming obstacles