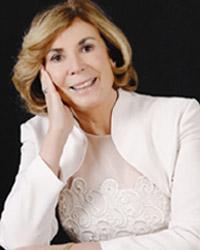 Darlene Quinn is an author and journalist from Long Beach, California. Her first novel, Webs of Power, will be published in September 2008. She is currently working on a follow-up to Webs of Power, titled Twisted Webs.

Quinn finished Buddy Ebsens incomplete manuscript for a Barnaby Jones novel she titled Sizzling Cold Case, which was released in January 2007. In addition, she has published articles in both Inskeeping World and Savvy Magazine, highlighting the business knowledge she gained during her time at Bullocks Wilshire Department Stores.

As part of a nine-member management team for the Bullocks Wilshire Department stores, Quinn has the insiders perspective on the rise and fall of major department stores.

Quinn became interested in storytelling at an early age but did not begin writing until her adult life. Prior to being an author, Quinn was a teacher, a self-improvement and modeling instructor, and a private contractor for various department stores and hospitals. She has two children, John and Jodie, and lives with her artistic husband in Long Beach, California.