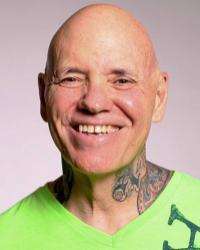 Dave Champion is a former Army Ranger, with a law enforcement background. In the private sector, Dave is a businessman turned journalist, having hosted his own radio and television shows from 2000 through 2018. In addition to being a physiologist, with a doctoral degree in Political Philosophy, Champion has an extensive background in legal studies. He served as a legal consultant on state & federal regulatory matters, as well as a constitutional law advisor. Dave is a public speaker, having lectured on numerous subjects, including the United States Constitution, the 2nd Amendment, 14th Amendment, 16th Amendment, the history and proper limited application of the income tax, government relations, and human physiology. Dave is a former martial arts instructor and a renowned firearms, tactics, and use-of-force instructor.