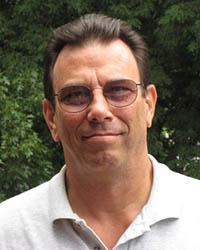 To understand what Dave does and why he does it one would have to understand his background. Like many others, he grew up in a very dysfunctional, chaotic and even violent at times, household. All of his parents, his mother, father and stepfather were all very emotionally insecure and immature causing their relationships between themselves and with their children to be quite dysfunctional. As a result, Dave got pretty screwed up mentally and emotionally.

He went into talk therapy at the age of 25 to figure out his issues and, from that point on, engaged in 10 years of talk therapy in a fifteen year span due to his anger/rage, high anxiety and bouts of depression. Unfortunately, he felt like he walked out of therapy after ten years invested feeling like he had pretty much the same amount of anger/rage he had walked in with 10-15 years prior. And, he still had a lot of anxiety and feelings of depression as well.

So, he began to seek out other ways to help him resolve his issues. Dave’s journey to heal himself opened many doors to find incredibly effective, quick, easy ways to release one’s anxiety, stress, worry, depression, excess anger, sadness, guilt, shame, and, even, physical pain, etc. Dave knows that these methods work because he’s been very successful using them on himself, as well as others in his therapy practice over the years. These newfound methods released him from his anger/rage, his anxiety and bouts of depression.

He used to hate that he got so screwed up as a kid. Now he loves the fact that he got so screwed up, now even feeling that it was all a part of his spiritual journey. As a result of his screwed up childhood he sought out, found and experienced some incredibly effective healing methods that helped him to resolve and release his major issues. Being a therapist, he has also been helping others resolve their issues as well with the same methods that helped him. Dave has remarked that there’s a kind of irony here where it was almost like he had to get screwed up enough so he could spend years in therapy, in talk therapy as well as working on himself with all these other methods he’s found, to see what worked and what didn’t so he could teach others the same.

His search led him to some very effective methods to relieve and release stress in all its forms, such as Brainspotting, E.M.D.R. (Eye Movement Desensitization and Reprocessing), E.F.T. (Emotional Freedom Techniques), Hypnosis, a method called Ask and Receive that works with your “Higher Self” and many other alternative healing methods which even included some energy healing methods.

Dave has spent the last 40 plus years in the business of helping people resolve those issues in their lives that had limited them in some way. He has helped people of all ages in all kinds of mental health and drug/alcohol facilities resolve their issues. He has learned a lot about what works and what doesn’t work in the helping field.

After Dave graduated from Columbia University he completed a number of post-graduate programs to assist me in helping others, as well as himself, resolve their issues. Dave has been trained and/or certified in some of the most progressive and effective therapies that exist today, some of them being so cutting-edge and new that most people don’t know about them, Brainspotting being the most profound of these new therapies.

Dave has been Certified and/or trained in include the following methodologies:

Dave has helped hundreds of people transform their lives with the help of these incredible Holistic/Alternative Psychotherapies that he has learned over the years. These therapies heal on a mind, body and spiritual level.

So, if You Want to Relax, Feel Happier or Be More Confident, Have more Peace, Joy and Freedom in your life, you have to release the Anxiety, Stress, Fear, Worry, Depression, Anger, Guilt and Shame, etc. that is preventing you from feeling these qualities of emotional freedom.

Dave has made it his mission in life to help people do just that. Enjoy your journey!