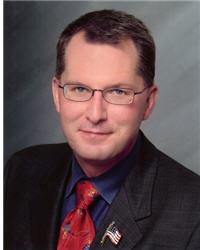 Dave has experienced a truly extraordinary life. As a child, he endured the horrors of child abuse, which included physical torture, mental cruelty, and near starvation. Upon Dave's rescue, he was identified as one of the most severely abused children in California's history. At age 12, Dave's teachers risked their careers to notify the authorities and saved his life. Upon Dave's removal, he was made a ward of the court and placed in foster care until he enlisted in the U.S. Air Force at age 18. As a young adult Dave was determined to better himself--no matter what the odds.

As a member of the armed forces, Dave was hand-picked to midair refuel the highly secretive SR-71 Blackbird and the F-117 Stealth Fighter, which played a major role in Operations Just Cause, Desert Shield, and Desert Storm.

Some of Dave's distinctive accomplishments have been recognized through a number of awards, as well as personal commendations from Presidents Reagan, Bush, Clinton, and George W. Bush. Recently he was the recipient of The Points of Light Award for April 22nd, 2003. In 1990, he was the recipient of the J.C. Penney Golden Rule Award, making him the California Volunteer of the Year. In 1993, Dave was honored as one of the Ten Outstanding Young Americans. He joins a distinguished group of alumni which includes: John F. Kennedy, Richard Nixon, Anne Bancroft, Orson Welles, Walt Disney, and Nelson Rockefeller. In 1994, Dave was the only American to be honored as one of The Outstanding Young Persons of the World. He also carried the coveted Centennial flame for the 1996 Olympics.

Dave's first book, A Child Called "It," and book, Help Yourself have both been nominated for the Pulitzer Prize. Dave is one of the only authors to have four books simultaneously on the New York Times Best Sellers List and the first author to have three books simultaneously on this list in trade paperback. Dave is the only author to have four 1 International Best Sellers.

Dave's incredible life story was featured on The Oprah Winfrey Show and The Montel Williams Show, among other Television and Radio programs.

Dave's unique and intriguing outlook on life, coupled with his "Robin Williams" like wit and sense of humor entertain and encourage men and women to overcome any obstacle while living life to its fullest. Dave is a living testament of resilience, faith in humanity, and personal responsibility. This is what makes him one of the most exceptional and unequaled entities of today. As an author, presenter, Samaritan and an individual who speaks on the greatness of America, Dave has dedicated his life helping others to help themselves.