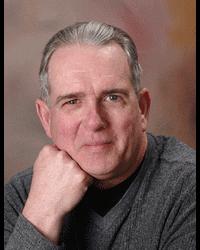 David Bennett has been active in business since 2003, producing online content accessed by millions of yearly visitors. He is the co-author of six books, and as a dating coach works with the largest matchmaking service in central Ohio. His insights have been featured in Brickell Magazine, Girls Life, and Augusta Family Magazine. He has appeared on “The Joel Riley Morning Show” on 610 WTVN, and on WBNS 10TV.

In 2010, David, along with his brother Jonathan explored why some guys were socially successful. Why did some guys have a lot of friends, have women begging for their attention, and advance easily at work, while others were lonely and dateless with dead-end jobs? After thousands of hours of research and “field testing,” they developed the “science of popularity.”

After finding out that any guy can become more popular and attractive by learning a few basic skills, their next question was, “why doesn’t anybody teach guys these skills?” Every guy wants to date pretty women, be the center of attention, and get the admiration of his friends and co-workers, yet many guys become frustrated when they remain single and invisible to everyone. Nobody was helping guys learn these skills....until David and Jonathan started doing it with The Popular Man.