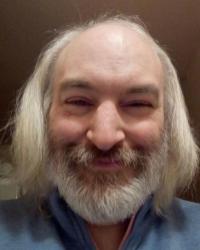 David was born in Omaha, Nebraska but considers himself a native Washingtonian since he has lived here since he was 7 years old.

One of David’s earliest memories as a child is listening to music on the radio, the first time he really became aware of people expressing their creativity and passion. It would spark a lifelong love of the performing arts as a medium for translating the human condition into experiences that can help others find meaning, understanding, healing and connections to their own lives.

David first experienced transformational workshops at the age of 9, completing the EST Training for Young People (now Landmark Education) after his parents participated and suggested he take the course. He would continue participating for the next decade, exploring the nature of human potential, becoming inspired to assist others in overcoming obstacles.

After high school, David spent the next decade in a variety of jobs, seeking a way to tie together the passions and interests he’d been exposed to earlier in his life. Then in 1999, he enrolled in the Academy for Coach Training to become a personal professional coach, realizing that was a profession that would allow him to support others in achieving their goals.

During that training is where he met Pam Bright, connecting with her almost instantly on many levels including a deep spiritual connection. They married in 2002 and became parents in 2004.

David’s Vision Quest
One of the ways that David and Pam deepened their spiritual connection was at the weekly Native American gathering of the Otter Clan of the Medicine Wheel Tribe led by Grandfather Roy Wilson (Bear Who Talks Much), the Chief Medicine Man of the Cowlitz Tribe in Suquamish.

Two months before becoming a father, David participated in a traditional Native American Vision Quest, led by Grandfather to one of the Olympic Mountains. He spent 4 days and nights alone, without food or the use of a tent, waiting for something to happen while staying busy constantly rearranging the stones around the circle he was sitting in and writing down his thoughts.

While it remains one of the most significant spiritual events of his life, the grand spiritual awakening accompanied by a crystal vision to the sound of harps and trumpets did not happen at that time. It would be another 7 years before it all came together to change his life forever.

Then another one of the most significant events in his life took place. He became a father, which really did change everything overnight.

Spiritual Connections
David came up with the name for the “Spirit-Uali-Tea” party based on a group that he and Pam had started 20 years ago called Uncommon Spirituality. This was an open discussion group that invited others to share what their spiritual practices were so that we might all benefit from each other’s approaches. It was always a rich conversation.

David didn’t realize just how much of his life had been a spiritual journey until he was featured on Pam’s Spirit-Uali-Tea party as a guest speaker recently. In preparation for that show, he examined the high points of his spiritual development and discovered that in one way or another, he’s always been on a spiritual path, just without knowing it.

Shortly after meeting Pam, he received a healing spiritual massage from her. During that session, he experienced infinity for the first time. That is, being at the center of all the connections in the universe simultaneously. A spiritual portal was opened up for him that day and he has received daily guidance on his walk ever since.

David believes that we are being guided in the actions that we take and though we have free will, the circumstances of our lives are anything but coincidences. Instead they are like whispering invitations from the spirit world, calling us to act upon our inner knowing.

Expertise
David brings decades of experience in creating and curating programs, gatherings, presentations, proposals, playlists and other structures designed to showcase specific sets of information for a purpose. He has helped Pam co-create many aspects of her business including her programs and the Empower Me show as well.

Perspectives
“When you change the way you look at things, the things you look at change.” - Wayne Dyer

“You must be the change you wish to see in the world.” - Gandhi

Even though the very popular quote from Ghandi is actually a misquote, these two quotes are some of David’s favorites, and probably most closely define how he uses different perspectives to interrupt old ways of thinking about things to provide a greater clarity about a situation.

He intentionally misses up words to get people to tinker more clearly with what they are being and how they are doing it too. He even likes to think of himself as funny sometimes.

What David brings to the show
If Pam’s great ability is to reach out across dimensions of sight, sound and space to retrieve the messages from spirit that need to be communicated at any given moment, David’s great ability might be in helping to translate those messages into concrete and understandable information.

Sometimes spiritual wisdom and guidance can seem vague or elusive, but he can usually provide an Earth based grounded and practical approach to applying that information.

David has a way of suggesting new approaches to old ways of thinking that may be conditioned, predictable or heavily influenced by the world around us. He uses everyday language to help make use of the energies and spiritual guidance already all around us all the time.

Because of Pam’s spiritual practices, David has come to adopt the notion of Divine Timing, that everything happens for a reason at the time that it happens because it couldn’t have happened another way.

Embracing the notion that we are being divinely guided in each moment through the circumstances of our lives is a belief that David has integrated into his daily living. It is not only that once we adopt this new way of being that we are then guided by it from that point on. It is also the notion that we have always been guided by spirit toward the place that we are at this very moment, whether it is I who is writing this right now or you who just read it.

David also believes that this does not conflict with the idea that we have free will. It is our free will to choose in this moment who we are going to be which opens up to the flow of the universal guidance waiting for us to pay attention to it.

David uses the meanings contained within and hidden connections to all that he encounters. From music and movies to the elements of nature as they occur, there is always spiritual information that can be applied to what is happening right now. David believes that the circumstances you encounter in every moment offer spiritual guidance for your life, and if you are open to receiving those messages, it is spirit’s way of guiding you along your path.

Big Vision for the World
David is a systems thinker who seeks to connect disparate elements together into a cohesive structure for greater clarity. He has an ability to see how both opposing viewpoints and unconnected systems can combine to compliment each other.

He believes that not only does everyone have a purpose for being here, but part of that purpose is to contribute something to someone else to help them find and manifest their purpose as well. Though we are all connected in ways that often go unexplored, the big vision that he had for the world is to create a system where this exact kind of collaboration can happen, moving our collective society forward.

He knows that there exists a way to honor each individual for who they are and what they are here to contribute. This is why he has devoted the last decade of his life to becoming a social entrepreneur, developing innovative approaches to merging crowdsourcing, collaboration and social impact. He is committed to unlocking human potential by harnessing the power of our collective unique gifts and talents.

He believes that there are more solutions than problems when we recognize that the supply of underutilized talents far outweighs the demand of unmet needs. We have the ability to create a world that works for everyone by connecting the dots between what needs to happen and who can do something about it.