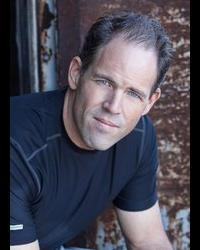 David Bush is an author, speaker and health coach to thousands of individuals from across the nation. After succeeding as a former All-American collegiate athlete at the University of South Dakota and graduating with a Bachelor of Arts degree in Mass Communication, David pursued a professional football career and landed a starting role with the Iowa Barnstormers of the Arena Football League in Des Moines, Iowa.

After four years of playing professional football and two trips to the World Championship game, David followed his dream to become a motivational speaker and a peak performance coach.

David now focuses his efforts on coaching others to live a healthy, successful, and significant life. He is a leader in the health and wellness coaching industry and he passionately leads the way for those who wish to succeed in life through improved Health and Wellness.