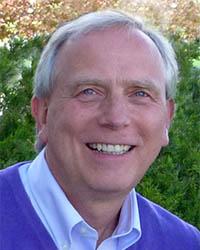 David Christopher Lewis is a gifted clairaudient, an Aquarian spiritual author and talented musical composer. He is a co-founder of The Hearts Center and Meru University. His mission is to share the ascended masters' teachings and their practical, sometimes startling, progressive revelations for personal awakening and Self Realization.

Born in Chicago, David was the sixth of ten children. At the age of 14, David embraced the concepts of karma and reincarnation after reading Edgar Cayce"s The Sleeping Prophet. He has studied the worlds major religions for four decades and he lived and worked in an intentional spiritual community for 22 years. In the spring of 2004, David had a mystical awakening and began receiving regular telepathic communications from angels and enlightened spiritual beings known as ascended masters.

His seminar work, "Advanced Studies of the Human Aura -- How to Charge Your Energy Field with Light and Spiritual Radiance," unveils new solar technologies of the Spirit from the Master El Morya, initiating the reader directly in order to accelerate their human aura into the divine. David is also writing his upcoming book that reveals Saint Germain's newest teachings on advanced alchemy. Highlights of his other publications include "Now Zen and Always," a thought-provoking collection of quips and Zen koans from the Master Morya; and "Mother Mary's Missions Messages from the Divine Mother," a series of HeartStreams received during Davids California Spanish missions tour. "Sweet Heart of Jesus," is David's eleventh and newest inspirational cd album of spiritual love songs available at the Hearts Center's store online.