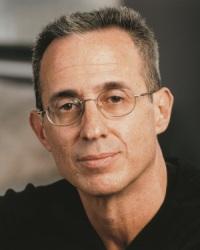 David Friedman is a film and theatre composer, songwriter, author, lyricist and conductor. He received a 1997 Backstage Bistro Award for Composer of the Year and a 1997 Johnny Mercer Award for Songwriter of the Year. He won a Special Lifetime Achievement Award at the 26th Annual MAC Awards. His Oratorio, King Island Christmas, won a Frederick Loewe Award and Dramatists Guild Award.

From We Can Be Kind to Listen To My Heart, Help Is On The Way, We Live on Borrowed Time, Trust The Wind, I'll Be Here With You and hundreds more, David Friedman has written songs of inspiration, love and hope that take on new emotional meaning in these challenging times.

With 5 Broadway shows, his own Off Broadway Show, 8 Disney Films, 3 television series and recordings by such artists as Diana Ross, Barry Manilow and Nancy LaMott to his credit, David has, in recent years, come to realize that his true mission in life is to help heal and enlighten people in whatever ways he can.

With this in mind, David recently wrote a book entitled The Thought Exchange - A Practical Method of Moving Beyond "Positive Thinking" and spends a great deal of time traveling around the country lecturing, giving concerts and teaching Thought Exchange principles in workshops and private sessions.