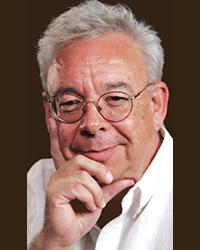 
The Sacred Sciences of proportion, creativity and harmony are what gives David's intentional music its extraordinary degree of effectiveness. A master of these ancient arts, David has learned how to deliver what he calls the "direct experience" of the sacred proportions themselves, creating powerful, transformative programs that open the portals to the higher realms and bring listeners into direct contact with their Essential Selves.


Years of study and meditation have made David's work possible. A pivotal, life changing moment came in 1980 when a car accident left him with severe spinal injuries.


After his accident, David began using his compositional and production skills to develop and clinically test the therapeutic uses of music and sound. He began to utilize the breathing techniques together with certain musical structures to relieve both the physical and mental pain brought on by the stress of the accident. His success in both removing his pain and improving his condition showed him how music and the breath could play a substantial role in the therapeutic, personal transformational process, a compositional methodology that has been fine-tuned and perfected over the last 30 years.


David's passion for truly transformational music and meditation has been fully realized in his latest offering: "The Chakra Sound System," released by Sounds True in November 2012. Heralded as "the bible of sound healing," this dynamic interactive program is the culmination of forty years of research and development.


David Ison has chosen to dedicate his life to bringing forward Creative Consciousness, a multidisciplinary transformational practice that encourages the development of self-love and personal responsibility. Through the application of his intentional music and Creative Consciousness, he hopes to inspire the understanding that by transforming our basic inner programming and embracing our Essential Selves, we can truly begin to make a differenceindividually, locally, and globally.


Today David lives a bi-costal life dividing his time between the "Farm"---an organic, intentional enterprise in central PA, where he and his long time musical collaborator Paul Wegmann have their state of the art recording studios and a secluded sanctuary in beautiful Ojai, California. An accomplished organic chef, he gratefully celebrates his incarnation by feeding the body, mind, and spirit and continues to expand the boundaries of consciousness through music, meditation, and conversation...and delicious food.