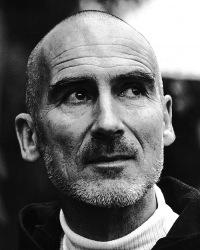 Brother David Steindl-Rast, O.S.B. was born in 1926 in Vienna, Austria. He studied art, anthropology, and psychology, receiving a Ph.D. from the University of Vienna. Since 1953 he has been a monk of Mount Saviour Benedictine monastery in New York. He was one of the first Roman Catholics to participate in Buddhist-Christian dialogue.

For decades, Brother David has divided his time between periods of a hermit's life and extensive lecture tours. His audiences included starving students in Zaire and faculty at Harvard and Columbia, Buddhist monks and Sufi retreatants, New Age commune residents and naval cadets, Green Berets and international peace conference participants.

He has contributed to books and periodicals from the Encyclopedia Americana to the New Age Journal. He authored Gratefulness, the Heart of Prayer and A Listening Heart, both reprinted and anthologized for more than two decades. Brother David co-authored Belonging to the Universe, with physicist, Fritjof Capra, and The Ground We Share on Buddhist and Christian practice with Robert Aitken Roshi. His most recent book is Deeper Than Words: Living the Apostles Creed.

Brother David co-founded www.gratefulness.org, a website supporting ANGL A Network for Grateful Living. It reaches more than 8,000 visitors daily, from over 200 countries.