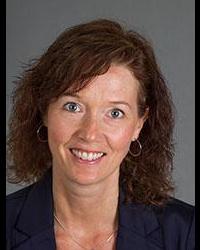 Debbie Pokornik is a semi-retired mother, green tea enthusiast, award-winning author, social worker and enlightenment guide. She is the Chief Empowerment Officer for her company, Empowering NRG which helps women reconnect with their personal power at work, at home, and at play.

Never one to blindly conform, Debbie often found herself questioning why she had to do things a certain way. When the answers provided didn't resonate with her own sense of understanding she struggled to comply. As a result, she skimmed through high school with just enough credits to graduate, lucked into a job with a financial institution, and was nearly fired after 3 months in their employ. Rather than throw in the towel she realized she needed to ask better questions so that she could 'play nice with others' and figure out how to enjoy the many hours she was destined to spend at work.

She did and after five years of shining at the bank discovered she was bored. Despite her record as a mediocre student, she left the security of her full-time position to apply as a mature student to university. With her new perspective on life, Debbie was determined to excel there as well and after 5 more years left school with two degrees, a husband, and a one-year-old son.

Unable to find a job as a newly minted social worker she continued building her family. Debbie quickly realized that being the primary caregiver to a toddler and newborn was the toughest job she had ever taken on and that she needed to expand her parenting skills and self-awareness in order to become the kind of mom she really wanted to be. This, along with her profound desire to help guide others, led her to the role of parent educator and enlightenment guide.

Debbie's kids are now young adults who continue to help her uncover areas she needs to expand in. She has created several award-winning works including Break Free of Parenting Pressures, Family Booster Shots, and Standing in Your Power. She is a contributing author to many joint projects and is a member of several stellar organizations (i.e. Evolutionary Business Council, The Wellness Universe, Women Speakers Association, etc).

She has volunteered her time on many boards including her local CAPS chapter, Justice Committee, Curling leagues, Special Olympic teams and recently finished her two-year term as editorial chair for the Canadian Association of Professional Speaker's magazine, Speaking of IMPACT.

Debbie lives with her family on a small acreage in rural Manitoba where she loves to hike, snowshoe and immerse herself in nature. In recent years she and her husband can be seen rumbling around the countryside in 'Merlot' their big red bus.