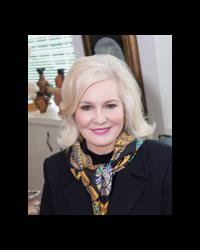 Deborah L. Wince-Smith is the President & CEO of the Council on Competitiveness (Council). Founded in 1986, this unique coalition of leading CEO's, university presidents and labor union leaders puts forth actionable public policy solutions to make America more competitive in the global marketplace.

An internationally renowned, leading voice on competitiveness, innovation strategy, science and technology, and international economic policy, Ms. Wince-Smith has been credited with recharging the national debate on competitiveness, innovation and resilience. Ms. Wince-Smith is frequently called upon to testify in front of the U.S. Congress and appears regularly on global television news networks including Bloomberg, BBC, CNBC, CNN and Fox News.

Ms. Wince-Smith initiated a widely acknowledged bilateral competitiveness partnership between the United States and Brazil, co-creating a model for collaboration, “The Innovation Learning Laboratory,” and convening the 2007, 2010, and 2013 U.S.-Brazil CEO Innovation Summits.

Since 2009, Ms. Wince-Smith has served as president of the Global Federation of Competitiveness Councils (GFCC), whose creation she led with leaders and stakeholders from over 30 Competitiveness Councils from around the world. The GFCC is the first global network devoted exclusively to the exchange of knowledge and practice related to competitiveness policies and strategies; and, it is the first international, public-private mechanism to promote global economic growth through collaboration in innovation.

Ms. Wince-Smith serves as a Corporate Director and Board Member of National and International organizations, U.S. Government policy Advisory Committees, Charitable Organizations, and as a University Trustee.  Currently, she is a member of The Smithsonian National Board, the Secretary of States’ Advisory Committee on International Economic Policy, the U.S. Naval Academy Foundation Board, also serving as Vice-Chairman of Women Corporate Directors. She is a member of the Advisory Board of The Journal of Science Policy & Governance and she is also a member of the Commission on the Theft of American Intellectual Property, co-chaired by former Governor Jon Huntsman and former U.S. Director of National Intelligence, Admiral Dennis Blair, and serves on the Board of Directors of The American Associates of Japan’s prestigious Science and Technology in Society Forum, the Qatar Foundation’s R&D Advisory Board, and Ms. Wince-Smith currently serves as Vice Chair and former Chair of the World Economic Forum’s Global Agenda Council on Competitiveness. She also serves on the Purdue Strategic Research Advisory Council (SRAC).

An expert in technology commercialization, Ms. Wince-Smith is a Director of NanoMech, Inc., a leading innovator in industrial nanomaterials, and Aerolase, a company at the forefront of portable laser medical devices.  Ms. Wince-Smith also serves on the Advisory Board of Delos Living, LLC.

As a long-standing leader in the national laboratory system, Ms. Wince-Smith currently serves as a member of the Scientific Advisory Committee of Lawrence Livermore National Laboratory.

She previously served on the University of California President’s Council overseeing Los Alamos Lawrence Berkeley and Livermore National Laboratories.  She recently concluded two terms of service on the University of Chicago’s Board of Governors for Argonne National Laboratory, and as a Trustee of Lehigh University.  On behalf of Secretary of Commerce, Carlos Gutierrez, she chaired the Secretary’s National Advisory Committee on Strengthening America’s Communities producing the first comprehensive assessment of U.S. Government Economic Development Strategy and Program.

Ms. Wince-Smith served from 2005-2012 as a public Director of NASDAQ-OMX and as a Senate-confirmed member of the Oversight Board of the Internal Revenue Service for six years.

During her 17-year tenure in the federal government, Ms. Wince-Smith held leading positions in the areas of science and technology policy and international economic affairs. She began her career as a Program Director for the National Science Foundation, where she managed U.S. research programs with Eastern European countries and U.S. universities. Most notably, she served as the nation’s first Senate confirmed Assistant Secretary of Commerce for Technology Policy in the administration of President George H.W. Bush, overseeing federal technology transfer policy, implementation of the Bayh-Dole Act, and the White House National Technology Initiative.

During the Reagan Administration, Ms. Wince-Smith was appointed as the first Assistant Director of International Affairs and Competitiveness in the White House Office of Science and Technology Policy. Ms. Wince-Smith was the architect of the landmark 1988 Head of Government Science and Technology Agreement with Japan, and developed ministerial bilateral collaborations with China, India and Latin America.  Ms. Wince-Smith developed President Reagan’s 1988 Competitiveness Initiative, and led the implementation of executive orders and new laws that transformed federal technology transfer policy for U.S. industries, national laboratories and universities. Following her government tenure, Ms. Wince-Smith became active in the governance of various national scientific laboratories and provided strategic counsel to several FORTUNE 100 companies.

Ms. Wince-Smith is married to former Deputy United States Trade Representative Ambassador Michael B. Smith and resides in McLean, Virginia.  Her two sons are graduates of the U.S. Naval Academy and are currently serving as officers in the U.S. Navy and Marines Corp.