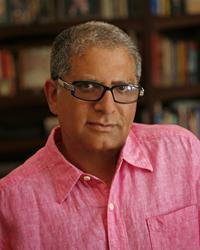 Time Magazine heralds Deepak Chopra as one of the top 100 heroes and icons of the century, and credits him as the poet-prophet of alternative medicine. Time Magazine, June 1999.

A renowned physician and author, Deepak Chopra is undoubtedly one of the most lucid and inspired philosophers of our time. Mikhail Gorbachev, Citation of the Medal of the Presidency of the Italian Republic awarded by the Pio Manzu International Scientific Committee.

Acknowledged as one of the worlds greatest leaders in the field of mind body medicine, Deepak Chopra, M.D. continues to transform our understanding of the meaning of health. Through his creation of The Chopra Center for Well Being in California in 1996, Chopra established a formal vehicle for the expansion of his healing approach using the integration of the best of western medicine with natural healing traditions. in both conventional and complementary healing arts. Chopras work is changing the way the world views physical, mental, emotional, spiritual and social wellness.

Chopra is known as a prolific author of over 49 books with 12 best sellers on mind-body health, quantum mechanics, spirituality, and peace. A global force in the field of human empowerment, Dr. Chopra books has been published in more than 35 languages with more than 20 million copies in print. His recent New York Times best sellers, Peace is the Way won the Quill Awards and The Book of Secrets, was awarded the grand prize at the 2005 Nautilus Book Awards.

Chopras Wellness Radio airs weekly on Sirius Stars, Channel 102 which focuses on the areas - success, love, sexuality, relationships, well being, and spirituality. His hope is to reach a critical mass of people with a message of self development and personal and social transformation.

Deepak Chopras popularity as an international presenter and keynote speaker is exemplified in an impressive list of honorariums. As the keynote speaker, he appeared at the inauguration of the State of the World Forum, hosted by Mikhail Gorbachev and the Peace and Human Progress Foundation, founded by the former President of Costa Rica and Nobel Peace prizewinner Oscar Arias. Esquire Magazine designated him as one of the top ten motivational speakers in the country; and in 1995, he joined the distinguished company of President Nelson Mandela, Congresswoman Barbara Jordan, Tom Peters and Garrison Keillor as a recipient of the Toastmasters International Top Five Outstanding Speakers award. He participates annually as a lecturer at the Update in Internal Medicine event sponsored by Harvard Medical School, Department of Continuing Education and the Department of Medicine, Beth Israel Deaconess Medical Center in 1997. Chopra has been a keynote speaker at several academic institutions including Harvard Divinity School, Harvard Business School, and Kellogg School of Management. He is the recipient of the Einstein Award through Albert Einstein College of Medicine in collaboration with the American Journal of Psychotherapy. He regularly mentors corporate and political leaders through his Soul of Leadership workshops. Dr. Chopra is a fellow of the American College of Physicians, a member of the American Association of Clinical Endocrinologists, an Adjunct Professor at Kellogg School of Management and Senior Scientist with The Gallup Organization.