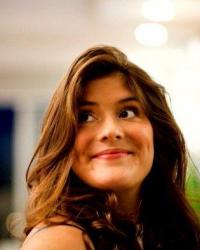 Delphine has been working as the Director of the Washington DC office for Reporters Without Borders since December 2011. She runs the US activities for the organization and advocates for journalists, bloggers and media rights worldwide. Acting as RWB’s spokesperson in the US, Delphine regularly appears on American (PBS, Democracy Now, Wall Street Journal,…), foreign media (BBC, Al Jazeera, NTN24,…) and lectures at conferences in US universities (Harvard University, UCLA, Yale…) on press freedom violation issues. Previously, she served as Press attaché in charge of outreach at the French Embassy to the US. Since graduating from Sciences Po Paris with an M.A. in Journalism, Delphine has worked as an economics corespondent for various French media (Le Monde, Les Echos, L’Express,...), focusing mainly on international politics and macroeconomic issues.