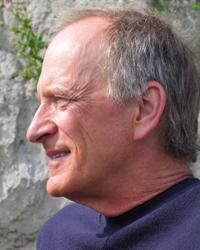 Denis Hayes is President & CEO of the Bullitt Foundation, a Seattle based philanthropy dedicated to transforming the Pacific Northwest into a model of sustainable development. Denis currently chairs the board of trustees of the American Solar Energy Society, and he is the immediate past chair of the 100 million/year Energy Foundation.

Under President Carter, Denis headed the National Renewable Energy Laboratory. From 1983 to 1988, he was a professor of energy engineering at Stanford University. He has been Director of the Illinois State Energy Office, Senior Fellow at the Worldwatch Institute, and Visiting Scholar at the Woodrow Wilson International Center for Scholars. A graduate of Stanford University Law School, Denis also practiced law for several years in Silicon Valley.

In 1970, Denis was National Coordinator of the first Earth Day, an event often credited with launching the modern American environmental movement. He is still the Honorary Chair of the board of directors of the Earth Day Network, which is now active in 170 nations.

Denis has received the highest awards given by the Sierra Club, the National Wildlife Federation, the Humane Society of the United States, the Natural Resources Council of America, the Alliance to Save Energy, the Interfaith Center for Corporate Responsibility, the Commonwealth Club, the US Department of Energy, the American Solar Energy Society, and the Global Environment Facility of the World Bank.

Time magazine selected Hayes as one of its "Heroes of the Planet;" Life magazine included him as one of "the Life 100 Most Important Americans of the 20th Century," and the National Audubon Society included him in its list of the 100 Environmental Heroes of the Twentieth Century. He has been profiled as "Newsmaker of the Week" by ABC News and as "Today's Person in the News" by the New York Times. He has appeared on Meet the Press, Face the Nation, and Today.

For color: Denis played the part of a national environmental leader in the 2005 movie, "I Heart Huckabees," and, 40 years ago, he was Cosmopolitan Magazine's Bachelor of the Month. Between the ages of 19 and 22, he hitchhiked around the world for three years, visiting more than 100 countries, mostly in Asia, Africa, and the Middle East.