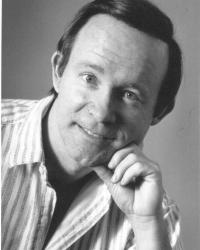 Dennis Flaherty is an internationally acclaimed Vedic astrologer with over 25 years of experience as a fulltime consulting astrologer. He is a longstanding member of the astrological community in the greater Seattle metropolitan area. He is the founder and director of the Northwest Institute of Vedic Sciences where he teaches a curriculum in Jyotish and mentors students in vedic astrology. He is one of the few westerners who is experienced and practiced in both Western and Vedic Astrology.

He is one of the original foundational people who have brought the great teachers of vedic astrology to the West, having co-sponsored the International Symposiums on Vedic Astrology since the early 90's with Dennis Harness, David Frawley and Jim Kelleher. These historic symposiums featured the teachings of such illustrious Vedic Astrologers as B.V. Raman, Bepin Behari, James Braha, K.S. Charak, Narendra Desai, Gayatri Devi Vasudev, Chakrapani Ullal and many others.

Dennis holds degrees in Sociology and English from the University of Massachusetts. Dennis is among the most recognized teachers and consultants in the field of Vedic astrology with the following titles: