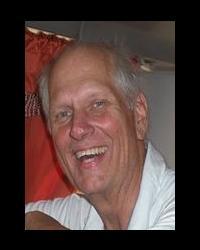 Dennis Richard is the classic American Entrepreneur. Moving to Las Vegas in the early 1950s, this desert town of 25,000 was just a way station in the desert left over from the Hoover Dam project. At 15 years of age, he was serving as a volunteer fireman in Henderson, Nevada. In 1958 he joined the US Marines and served in the Far East and Okinawa, just prior to the Viet Nam conflict.

Finishing his tour of duty in the Marines, he returned to the Las Vegas area and became a full time fireman for the City of Henderson for approximately 5 years and then 25 years with the Clark County Fire Department. During his 30 years on the fire department he obtained 2 AA degrees, one in fire science and the other in business management.

In the typical American tradition and of necessity when married in 1960 and raising a family, he put his business management training to work and operated during the same time period the following businesses:

1975 to 1983: Operated a horse ranch, buying and selling horses and also renting horses by the hour, day and week in some cases. He rented teams and wagons for the movie industry along with providing props for the many Las Vegas hotels for western dcor for their conventions and parties. He did hay rides and BBQs for as small as 10 people to as many as 3500 and has staged small rodeos for group parties.

1983 to 1991: As a private real estate investor, he turned over many vacant properties during this time period.

1991: Retired from the Fire Department, being unable to work for the last 20 months of service, because of job related injuries and having many other health problems including prostate cancer. Feeling 90 years old and not expecting to live more than 2 or 3 years and in so much pain, he didnt care.

Dennis then heard about chelation therapy. He learned that detoxifying, cleansing, and eating right was the first step to regaining health. Starting with chelation therapy, his eyesight was restored and his mind cleared. Pain was diminished. This was his new beginning.

1991 to date: Thus was the beginning of his quest for health and a new life. At this present time he is 100% pain free and doesnt remember feeling this good when he was in his 20s.

For the first time in his life he feels he has found a purpose in life and that is sharing what he has learned in restoring his own health. He met Jim Humble in February of 2007. After seeing the benefit of MMS on himself and others and realizing Jims humanitarian goals he was compelled to help Jim bring this incredible information and product to the world. He is now involved in distributing MMS and a few other health products and has been a guest on many radio shows to date. With the knowledge he is accumulating and sharing, he is looking forward to a future without disease.

His most important accomplishment in life:
Raising his four children, all of whom are very successful and he is very proud of each and every one of them. He has been additionally blessed by the fact they have all married someone that fits perfectly into the family and he loves them all as he does his own children and all eight are each others best friends.