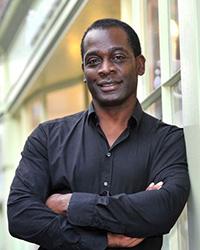 When you meet Derek Mills, it's hard to imagine him as anything but charismatic and elegantly turned out, completely comfortable in his own self. The challenge of being a stutterer since the age of 13 due to the shock of a sudden death in his family remained with him as he entered the world of Financial Services, until a letter arrived one day forcing him to address remaining in that uncommunicative state. Another big jolt on his journey through life several years later, forced him to review his life totally and this is where his story really begins.


Today Derek shares with audiences the reasons why he stopped setting goals, and became a millionaire within 3 years. His 10 Second Philosophy and P.E.R.F.E.C.T. Life Standards System have made even some of the best coaches, consultants and speakers in the world stop and reconsider the concept of goal setting. Dereks voice is now smooth and he is a man on a mission to help other people move past the 'common goal setting dilemma' he sees daily.


His first book, The 10 Second Philosophy, published by the worlds leading publisher in this field, Hay House, was released September 2012 and is available to order now. Hes also currently working on developing a comprehensive training program associated with this for launching in 2013.


Derek is available to speak throughout the UK, Europe and the USA. Book him to speak here for your next conference and you'll soon see why he regularly gets a standing ovation from very impressed audiences of 1000&8242;s.


Derek attended the premiere of the new movie 'Keeper of the Keys' in Las Vegas in December 2011. Derek starred alongside Jack Canfield Chicken Soup for the Soul, John Gray Men are from Mars and Marci Shimoff Happy for no Reason along with 11 other exceptionally talented authors, coaches and teachers. This highly anticipated movie won the Indie Fest Award for Feature Documentary and is available on DVD now.