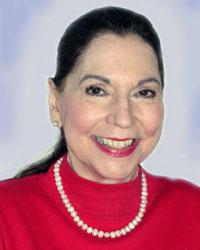 Diana Stone wears many hats. She has served a worldwide astrological practice over 40 years. Her contributions to the astrological community include lectures, articles, books, radio and TV interviews and teaching workshops. She specializes in Horary, a separate branch of astrology. Diana has maintained a worldwide healing ministry also as a shamanic healer, specializing in soul retrieval. In 1982, she was certified as a teacher of Huna, the healing secrets of the ancient Hawaiian kahuna. Diana worked with her Spirit Teacher from the Higher Realms to lay down the model of the twenty-first century Western shaman.


Diana has been a voice in the ascension movement since 1999. She and her brother co-authored a trilogy of books, THE TECHNOLOGY OF ASCENSION SERIES. The books include instructions for activating the Lightbody. Diana has just released the latest in the series Playing The Ascension Game. Publication of her next book The Spiritual Destiny of America is expected next year, and is an expanded revision of her book published in 1976, documenting her research on the United States birth horoscope. Diana was also trained as a water dowser by her father when she was growing up on a farm in the Midwest.


Diana is available for horary astrology questions and shamanic healing work. She will be available for natal astrology charts after the first of the year. All consultations are by phone. Consult her website for complete information about services and fees and to sign up for her free newsletter.