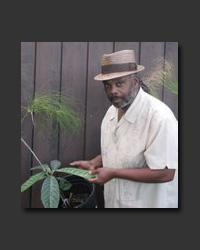 Doctah B Sirius, a.k.a. Doctah B, is a prominent natural health professional, health & wellness consultant, researcher, herbalist, lecturer and co-creator of Medicine Music . He is also a certified facilitator of personal transformation techniques such as PSYCH-K, and Sub Conscious Alignment Technology. He is also a multi platinum record producer, audio engineer, songwriter, and percussionist.

Born into a long line of counselors, teachers and healers with roots in ancient America, Africa and India, he continues this long family tradition. His personal experience 20 years ago with so-called incurable life-threatening health conditions led him to begin his studies in natural healing and higher consciousness. An accomplished musician with a strong career background in music production, engineering and songwriting, he also uses music as a tool for healing and meditation.

Growing up on the east coast of the United States on the Standard American Diet, Doctah B was no stranger to disease; medical doctors declared it hereditary. After achieving success in the music business and living the good life he became very ill and was told by his doctor that he should get his affairs in order. It was explained to him that his illnesses were incurable and nothing could be done for him.

After meeting several herbalist and intuitionalist, Doctah B began using herbal medicines and studying with various alternative health practitioners. He changed his lifestyle, began using plant-based nutrition, and within a short time he had turned his health crisis around and became radiantly healthy. This near-death experience changed the way he looked at life and in 1995 he decided to start speaking publicly on natural health and began creating herbal formulations. He uses his own experiences and sound research to help spread awareness about alternative health and the many virtues of eating healthy. His insightful dealings with the so-called modern medical system and over 30 years in the entertainment industry system have given him a wealth of empirical knowledge.

He has attended The Artist Collective of Hartford CT, UCLA, University of Hartford - Ward College of Technology, and The Balanced Living Center of Southern California. He has studied natural health, ethno-nutrition, herbology, plant based nutrition, the mind, educational instruction, electronics, music, and audio engineering.

Doctah B is well known as a master herbalist, and has developed several effective natural health products. Industry professionals and all who have tried them have called Doctah Bs herbal parasite detoxification programs and healing formulas the very best. He has been instrumental in the positive transformation of many people regaining their health, and has helped many so-called incurables become well and live long happy lives.

Doctah Bs life experiences, research, and creative skills have helped him become an educator at the prestigious University of California at Los Angeles UCLA Extension. With the goal of motivation he has done countless insightful lectures, seminars, radio interviews, and has been a radio talk show host, and a magazine columnist. He has been quoted in Time Magazine, Wall Street Journal and other publications. Doctah B is a founding member of The Herban Shamen Coalition, and of Elevation Foundation For Abundant Life, a natural health store, research and educational facility in Los Angeles, California.

Doctah B has the natural ability to motivate, educate, inspire, and entertain in a refreshing, thought-provoking and relevant way. He uses his innate ability to instill personal power, responsibility, self-confidence, and creative thinking in his students, and teaches many ways to become independently healthy and wealthy.

Doctah B Sirius dedicates his life to community service sharing natural health awareness; he is committed to excellence and personal responsibility, while spreading unconditional love.