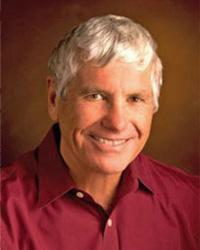 Don Mordasini, M.A., MFT, a clinical psychotherapist in the San Jose, California area for over 18 years, has an extensive background in both psychology and Eastern thought. Following four years as a naval officer, he became a stockbroker, and twenty years later culminated his career as a vice president of Dean Witter and Co. At the height of his success, he asked himself, "Is this all there is?" Unable to assuage the disquieting voice inside, he abandoned his career to pursue a life of meaning.


After confronting personal and health issues, he focused on more spiritual pursuits including studies in Buddhism and other Eastern philosophies and traditions. As he began to better understand the link between a person's well being and their spiritual and emotional awareness, he opted to pursue a career in psychology.


After studying at the California Institute for Integral Psychology he earned a Masters Degree from the Professional School of Psychology in San Francisco in 1991. While starting a private clinical practice he met his spiritual teacher Shri Ananda Ma, who he followed to India. While there, he engaged in spiritual practices, studied ancient teachings, learned about different forms of yoga, and trekked the Himalayas. He now has an apartment in India.


Helping many families by combining the best of Western and Eastern Psychology with modern medicine, he wrote Wild Child, How to Help Your Child With ADD and Other Behavioral Issues, in 2001. Combining the power and wisdom of myth with grounded psychology to show how we can live a more balanced life, Dons second book, PRINCES and OGRES: Integration of Psyche and Soul, will be released in 2012.


An in demand speaker, Don has been interviewed on many shows including 11:11 Innerviews, Strategies for Living, Transformations with Tara, In the Spirit, and the Spiritual Broadcasting Network. He will also be featured on the internationally syndicated XZone Radio and in the international publication Personal Excellence. He lives in the Capitola, California area with his wife. He also has offices in Santa Cruz and Campbell. He has three grown daughters, and enjoys playing with his grandchildren, gardening, ocean swimming, and snow skiing.