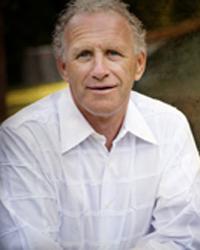 Donn Smith is a catalyst for instantaneous internal transformation.

Donn combined his multi-disciplined education with thirty-four years of experimenting on himself to create a formula that identifies and
transforms the core constrictor that drives and impedes global leaders.

His elite client base of influential leaders, accepted exclusively by reference, consists of Fortune 500 CEOs and Forbes 400 list. These
leaders are consistently amazed at the power, speed and retention of their transformation, causing an immediate exponential rise in consciousness on the planet.

Donn's impact in sports has been equally as powerful working with Owners, Presidents, GMs, Coaches and Athletes from the NHL, NBA, NFL and PGA.

When asked 'HOW' Donn does what he does, his reply is the same as Michelangelo when Michelangelo was asked how he created the statue of David, "all I did was carve away everything that WASN'T David."