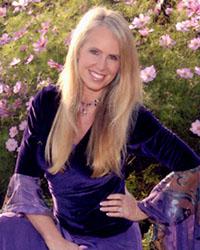 Doreen Virtue, who holds B.A., M.A., and Ph.D. degrees in counseling psychology, was the founder and former director of WomanKind Psychiatric Hospital at Cumberland Hall Hospital in Nashville, Tennessee. She was also an administrator at Woodside Women's Hospital in the San Francisco Bay Area. Both all- women psychiatric hospitals specialized in treating women's psychological issues. Doreen also directed three outpatient psychiatric centers, including an adolescent drug and alcohol abuse center.


As a child, Doreen was a natural clairvoyant, seeing and conversing with what many people call "invisible friends." But this natural gift and ability was little understood by the young Doreen and her family, and was the cause of teasing by her friends. Consequently, Doreen learned to deny her abilities, effectively shutting them down before she was mature enough to fully appreciate them. But on July 15, 1995, Doreen's personal life and her career, marked by exemplary but conventional success, would be irrevocably altered by an incident that is nothing short of miraculous.


Dr. Virtue's practice naturally evolved into "Angel Therapy," in which she combined her background in psychology with her spiritual abilities.


Today, Doreen is known around the world for her connection with the realm of the angels. She has devoted her lifework to teaching us all how to clearly hear the messages from our angels. "When you work with angels, you can lean upon their light to help you heal at miraculous rates and in amazing ways. The angels can help us heal physically, spiritually, emotionally, and financially."