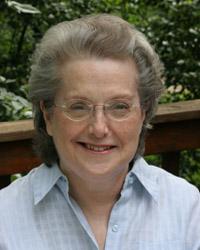 On a January day in the depths of mid-western winter Dorothy Chickee to her friends Atalla expected more of the same: snow, ice and gray skies. But when she lay down on her living room carpet to relax with music, she had an experience which changed her life. Inexplicably, a vision of a radiant and beneficent female presence appeared to her. This astonishing event was only the beginning of a journey she could never have imagined. Nor did she then realize that her vision had any connection with a trip she had made to Petra, a site in the country of Jordan. That vision foreshadowed the dialogue with deity which is the essence of her new book, Conversations with the Goddess: Encounter at Petra, Place of Power.

Conversations with the Goddess swiftly evolves from personal story into a universal story in which a feminine Presence speaks about the role of the sacred Feminine in the future. She also speaks of the past, revealing a panoramic view of a time in which the Goddess was revered not only at Petra but also throughout the ancient world.

Because this event ignited Chickee's interest in the Divine Feminine for the rest of her life, she has also produced other writings about it.