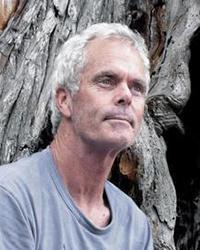 Doug Heyes started out as young actor. His first TV role was at the age of three, appearing in the original “Twilight Zone” series directed by his father, Douglas Heyes. Following his successful acting career, Heyes shifted to writing and spent many years in the trenches of dramatic series television, with dozens of individual episodic credits and multiple network engagements as a creative executive and producer of primetime programming. He is also the author and producer of a critically acclaimed play “Seven Out,” which debuted at the Globe Playhouse in Los Angeles and garnered numerous BackStage and Dramalogue Awards, as well as the prestigious Robby Award for Best Actor (Perry King).

In 2000, while working as a National Ski Patroller in Southern California (where he has served for two decades and led hundreds of rescues) Heyes sustained a massive spinal cord injury from which he was initially paralyzed from the neck down, unable to move, feel, or breathe. The story of his remarkable – some would say miraculous – healing has received widespread attention since its publication in “Chicken Soup for the Soul ~ A Book of Miracles: Miracle on the Mountain.” That experience, which Heyes shares in gripping detail in “THE TOUCH,” awakened him to his own healing gifts and set the stage for his total immersion in the healing arts – a journey which took him through a lineage of masters and teachers from various traditions, and back to school, where he graduated with a Bachelor’s Degree in Psychology (UCLA, 2007) and a Master’s Degree in Spiritual Psychology (University of Santa Monica, 2012). Since receiving his Master’s, Heyes has devoted himself to developing his private practice in Spiritual Psychology, Transformational Coaching and RAM Healing. He has also created an intensive workshop – “AWAKEN YOUR INNER HEALER” – in which he teaches the skills presented in THE TOUCH, a text which now becomes “required reading” in his workshops.

Heyes is an avid outdoorsman, skier, whitewater kayaker, martial artist and long-distance athlete. Since his astonishing recovery, Heyes has competed in numerous endurance challenges as celebrations of health and opportunities for charitable fundraising. These events have included marathons, century rides, triathlons, mountain multisport events such as the gutbusting Conquer The Bear Series (Snowshoeing, Lake Kayaking, Mountain Biking, Mountain Triathlon and the Big Bear Lake Marathon) and such classics as the \MS150 Bike Tour – 150 miles in 2 days for Multiple Sclerosis – and the grueling Peak-to-Peak Pedal – 335 miles between Big Bear Lake and Mammoth Mountain, California for the United States Adaptive Recreation Center. A seasoned Emergency Medical Technician, ski patroller and outdoor rescue instructor, Heyes also holds a Red Belt in Pyong Ahn Do Won (Peaceful Mind Way) Kung Fu and has served as a training instructor for the American Academy of Martial Arts.

Doug Heyes makes his home in the coastal mountains of California. THE TOUCH is his first book.