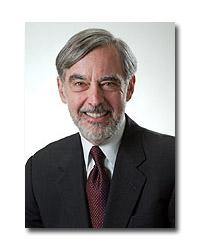 Alan R. Fleischman, M.D. is Senior Vice President and Medical Director of the March of Dimes Foundation. He is also Chair of the Federal Advisory Committee to the National Childrens Study at the National Institute of Child Health and Human Development, NIH, and Clinical Professor of Pediatrics and Clinical Professor of Epidemiology and Population Health at the Albert Einstein College of Medicine in New York.

Born in New York City, Dr. Fleischman was graduated Phi Beta Kappa from the City College of New York and Alpha Omega Alpha from the Albert Einstein College of Medicine. He continued his education in Pediatrics at the Johns Hopkins Hospital in Baltimore, Maryland, and completed a Fellowship in Perinatal Physiology at the National Institutes of Health and through a Royal Society of Medicine Foundation Scholarship at Oxford University in England. He joined the faculty at the Albert Einstein College of Medicine and the Montefiore Medical Center in 1975, where he became Professor of Pediatrics and Professor of Epidemiology and Social Medicine and served as Director of the Division of Neonatology until 1994.

In 1994, he became Senior Vice President of the New York Academy of Medicine, where he catalyzed the Academys growth into a research intensive institution in areas related to urban health, medical education, public policy, bioethics, and public health. In 2004, Dr. Fleischman became Ethics Advisor to the National Childrens Study at the National Institutes of Health and accepted appointment as the Chair of the Federal Advisory Committee to the Study.

In the academic area, he has published extensively in many areas of perinatal medicine and has been a pioneer in the developing field of bioethics, emphasizing the rights of individual patients and the responsibilities of health care professionals and organizations. This work has resulted in over one hundred forty publications in peer reviewed journals and book chapters, including a book edited with Robert Cassidy, entitled "Pediatric Ethics--From Principles to Practice," published by Harwood Press.