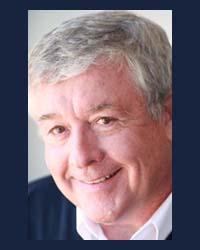 Andy McCabe received his Psy.D. in School Psychology from the Graduate School of Applied and Professional Psychology, Rutgers University in 1999. He is an Associate Professor at New Jersey City University where he teaches courses in behavior disorders. He facilitated one of the first public school programs for children with autism in New Jersey and in 2010 received the Humanitarian Award from the Simpso-Baber Foundation for Autistic Children.


Dr. McCabe has presented programs on stress management for a wide variety of audiences including: major corporations, hospitals, law enforcement, educational institutions and the US Navy. He has appeared on radio programs throughout the country and written self improvement or stress management articles for magazines and newspapers.


The Gifted One: The Journey Begins Balboa Press has received endorsements from Amazon .com, Biz. India, Black Tie Magazine and has been featured for discussion on radio shows around the country.