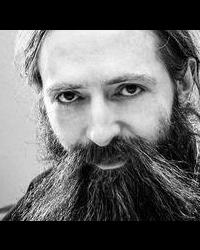 Dr. Aubrey de Grey is the biomedical gerontologist who researched the idea for and founded SENS Research Foundation. He received his BA in Computer Science and Ph.D. in Biology from the University of Cambridge in 1985 and 2000, respectively. Dr. de Grey is Editor-in-Chief of Rejuvenation Research, is a Fellow of both the Gerontological Society of America and the American Aging Association, and sits on the editorial and scientific advisory boards of numerous journals and organizations.

Dr. de Grey is most notably known for his view that medical technology may enable human beings alive today to live indefinitely. De Grey's research focuses on whether regenerative medicine can prevent the aging process. He works on the development of what he calls "Strategies for Engineered Negligible Senescence" (SENS), a collection of proposed techniques to rejuvenate the human body and stop aging. To this end, he has identified seven types of molecular and cellular damage caused by essential metabolic processes. SENS is a proposed panel of therapies designed to repair this damage.
Dr. de Grey is also an international adjunct professor of the Moscow Institute of Physics and Technology, a fellow of the Gerontological Society of America, the American Aging Association, and the Institute for Ethics and Emerging Technologies. He has been interviewed in recent years in a number of news sources, including CBS 60 Minutes, the BBC, The New York Times, Fortune Magazine, The Washington Post, TED, Popular Science, The Colbert Report, Time and the Skeptics' Guide to the Universe.